It has probably been close to a year when I had chilli crab last time. Luckily there is plenty of delicious (;-P) foods ready to be microwaved for lunch right here at convenience of my home office. 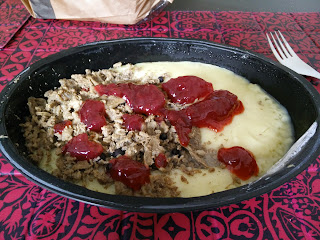 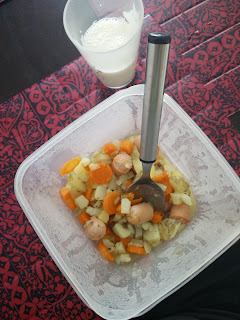 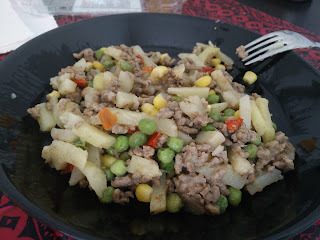 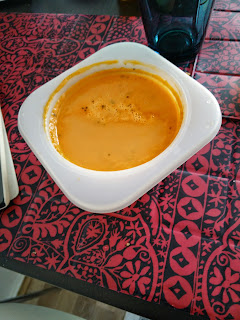 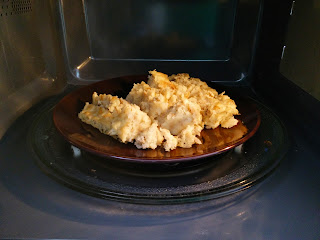 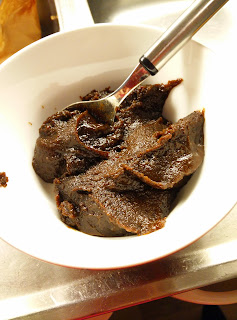 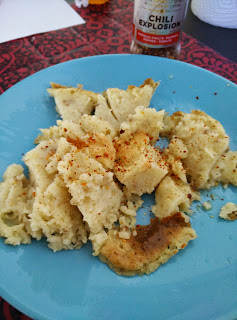 PS. the title of the blog owes to one specific officer of Bureau of Reclamation over at Hoover Dam on the border of Arizona and Nevada. His day job is to inspect every single passing vehicle for bombs or whatever. This is what he responded when I asked How are you.
Posted by koomikko at 17:30 No comments:

One more blog post even after it has been all over for some time now.

It has been intriguing to realise how quickly one acclimatises back to cold weather. Now that we are finally entering spring, it's nothing short of awesome to bask in the +5 C temperatures with sun caressing the pale skin (still wrapped in layers of clothing) after long, dark winter. It actually feels nice and for a lack of a better description: warm!

It's all relative -part comes from the fact that my colleagues back in Singapore reacted to my spring happiness by notifying that it has been particularly cold week over there this week with only +25 degrees.

Furthermore another absolutely cool (not cool as cold but as truly wonderful) aspect of spring time is the days that start to extend from both ends. Sun rises already at 6.38 AM and sets at 6.21 PM here in Helsinki. We are getting about 5 minutes extension each day now. It's funny how one does not get used to this even after living for decades in Finland. It feels always such a surprise to have more and more hours of sunlight in a day. It's only such a short while ago when I went to work while it was dark and returned home when it was dark again.

Posted by koomikko at 11:26 No comments:

Sheep, goat, ram or whatever

Surprise entry to this blog after I have already couple of times indicated that this is the end of all things.

While shopping for pure cultivated coffee beans and some local retro sneakers in order to earn some hipster credibility, I stumbled into the middle of Chinese New Year celebrations in the center of Helsinki yesterday. They actually had fireworks and dragon dances, so it felt pretty authentic. Didn't spot any lions peeling oranges though, but close enough. Thus I would like to wish happy year of the sheep and/or goat and/or ram to all readers still out there. Apparently Year of the 羊 is vehemently (yet another word picked up into active vocabulary during the 2 years) refusing to settle into one single straight forward translation, but can actually refer to different animals. Thus, we need google to the rescue! 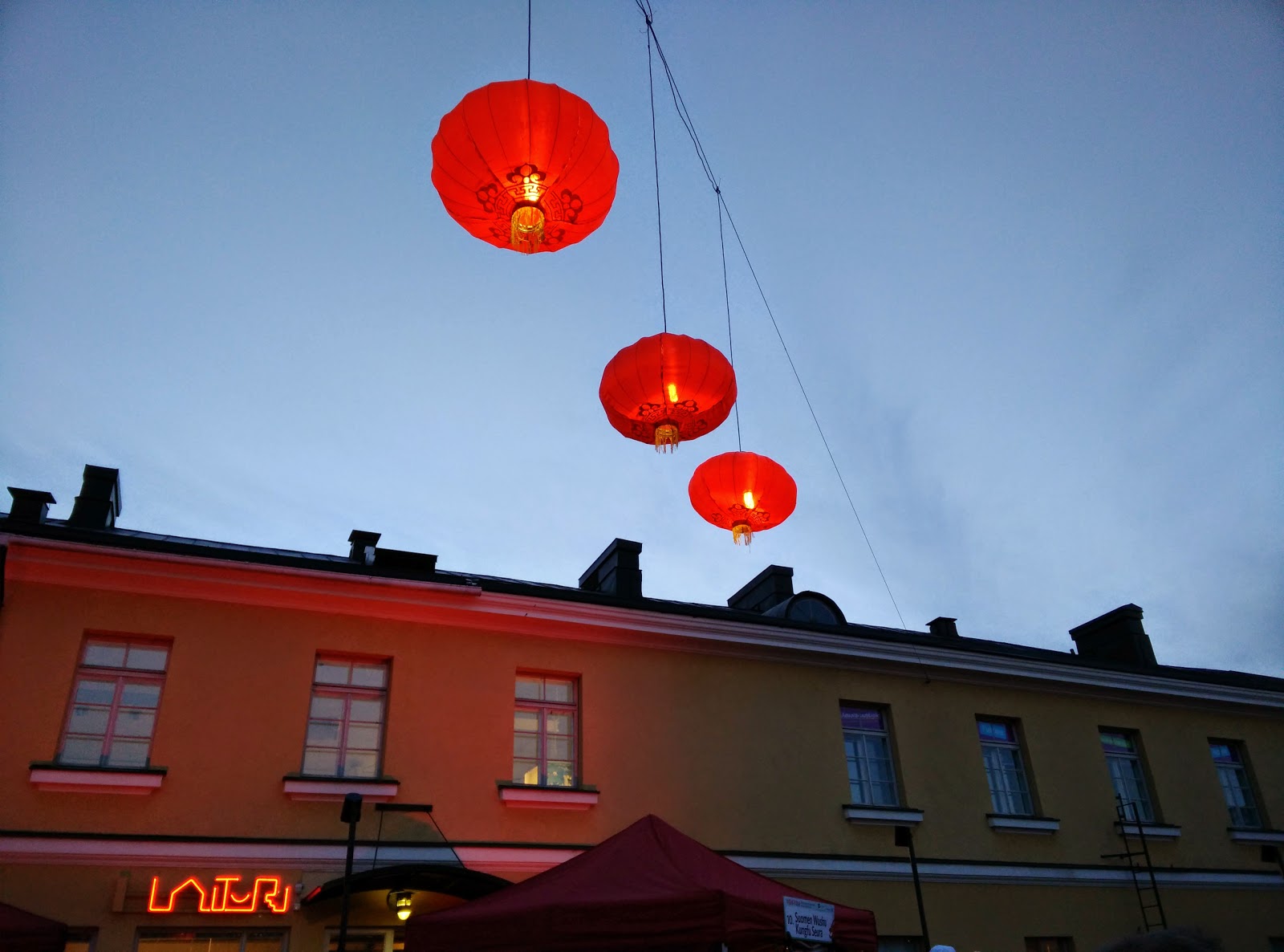 PS. a restaurant called Singapore was just recently reopened just across the street. Now I know where I can get my black pepper chicken fix, even if this still leaves me craving for chili crab.
Posted by koomikko at 20:49 No comments:

12 hours of sun light in a month

I am not really exaggerating the lack of light, am I: November was miserably gloomy month... 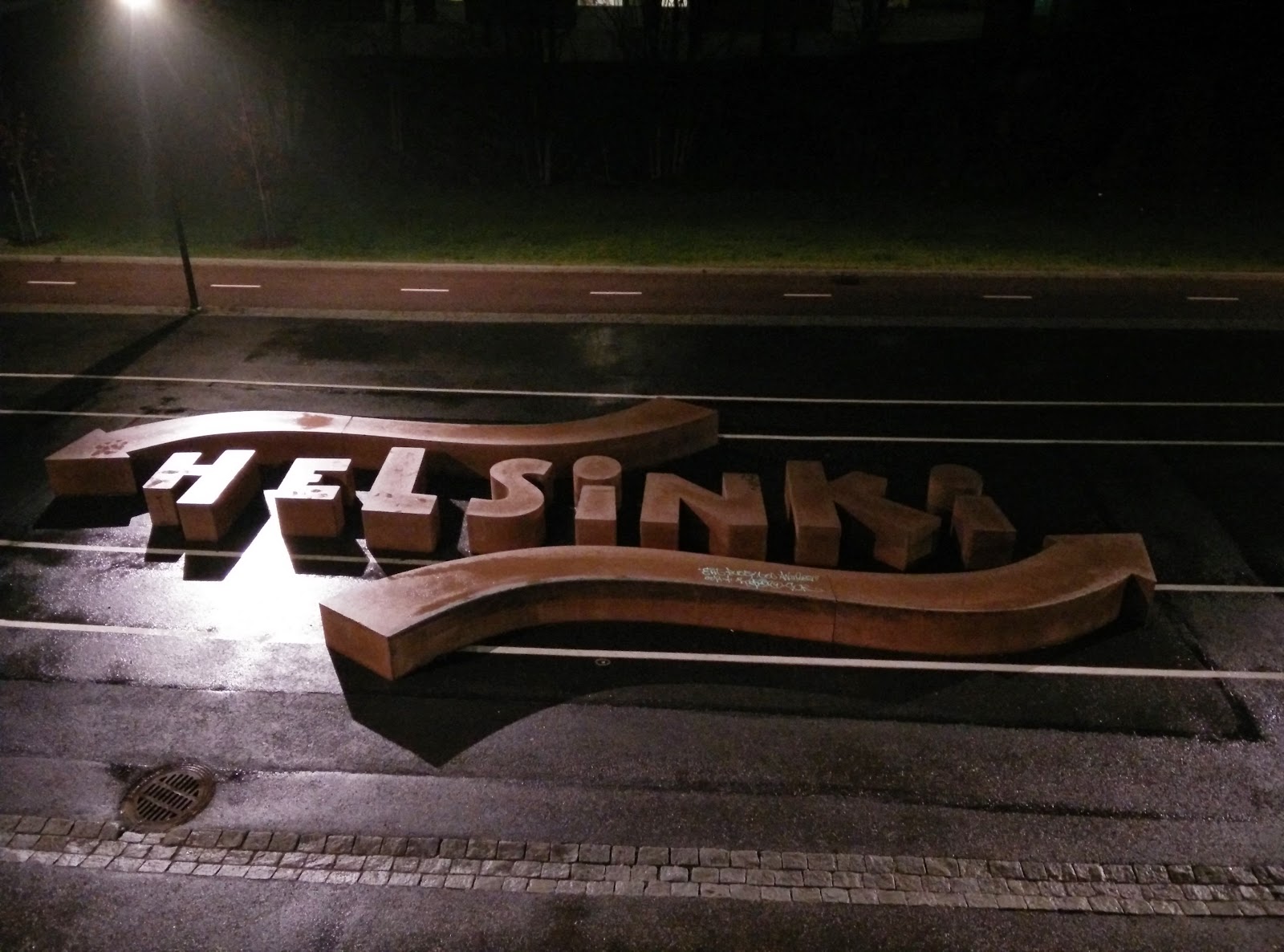 Posted by koomikko at 16:12 No comments:

I seem to have made a lasting impression on the people of Singapore. They have apparently now named one of the condos after my nationality! (Even if I failed miserably on my epic quest to teach the Singaporeans to stick to either left or right side of the pedestrian paths -- now they just cannot seem to decide which side of the road to walk).

Posted by koomikko at 17:23 No comments:

Final Relocation Summary (part 3 of 3) - What I wont miss

Now that I am firmly back in the place the Sun doesn't shine into -- ie. Finland, it is time to look back one more time. This entry would be the final in the summary series and potentially the very last topic into this blog. It has been one wonderful ride -- not only the excursion itself, but also this reflection bit through the blogging exercise. Check out also the first and the second entry to this series.

What I wont miss

*) blur = It is most commonly used by Singaporeans as an adjective to describe people who never seem to know what’s going on! An example would be the question: “Eh, why are you so blur?”
1 Ignorant, stupid, slow to catch on.  2 Confused, muddle-headed.
Source: Singlish Dictionary

Posted by koomikko at 17:35 No comments:

I ventured to have a lunch in a local Chinese restaurant called Guangzhou Garden to keep the reverse home sickness at bay. Pretty authentic tasting dishes I would say, but I just gotta love the way the two food cultures integrate so seamlessly.

First of all there is a salad table (raastepöytä), which you would not expect to find in Asia. Not that I am complaining. I was actually often missing fresh side salads with the never ending supply of oil soaked noodles.

Secondly they naturally offered bread with the dishes. And not just any bread but proper crispbread (näkkileipä). Chinese restaurants in Singapore do obviously have pao on their menu, but that's not really the same thing as bread being an integral part of every single meal in Finland (and in all Nordic countries alike). By the way I could have added Liu Sha Bao to my list of things that I miss. As well as having a pao with Chilli crab.

Thirdly they offered coffee and candy as a desert. Serving coffee in Finland is just given, but once again coffee was not accompanied with just any candy but salty liquorice, which is a very Finnish concept and somewhat of an acquired taste. I am not much of a candyman myself, but I do remember enjoying lätkäliiga when I was a kid. (By the way, I just witnessed a massive injustice where lätkäliiga does not have its own Wikipedia entry! I trust that some proper candy aficionado attends to this immediately and makes the world a little bit of a better place).

Posted by koomikko at 17:56 No comments:

koomikko
Helsinki, Finland
IT geek who was supposed to be journalist growing up. Filling the empty void of creative writing through this blogging exercise. (still not grown up though)